Tony Vargas in The Reader

Have you seen the May 2016 edition of The Reader? Check out this story about the Primary Race in Legislative District 7 >>>

PRIMARY 2016: What You Need to Know
The Primary Races that Matter Most

... Omaha Public School board member Tony Vargas has also joined the race to represent the heavily Democratic district.
Vargas, who serves more than 52,000 students and 86 schools across the City of Omaha, says his current role is preparing him to represent District 7 if elected. "I currently represent relatively the same district with the same number of citizens on the Omaha Public School Board. I have been doing that the last two and a half years," says Vargas.
According to Vargas as an OPS school board member he has been tasked with ensuring that OPS has policies and programs that are meeting the needs of kids and families in his district. "I have a particular focus on trying to make sure we are trying to meet the needs of our highest needs families." he says. In his current role Vargas points out he has had the opportunity to have a lot of conversations with people in his district. "I talked to a grandmother that reminded me a lot of my own grandmother, talking about why they came here and why they wanted to raise their kids here," says Vargas, adding "they wanted their children to have a better life than they had, it really resonated with me being that my parents are from Peru and my immigrant background."
Vargas says he could hear in this grandmother's voice that they "wanted a really good education for their children, they wanted their families to have good jobs, they wanted people to be healthy and happy and have a really good, strong, quality of life." Vargas says he realized he loves his current role on the OPS school board but there are many issues in his community that are not meeting the needs of people in his own backyard and that is why he joined the District 7 race.
"I realized there are real issues that are affecting us including health care and making sure we are taking care of our people, expanding and supporting our small businesses, having a stronger hand in community development at a local and state level and making sure that we are improving our education system not only in Omaha but across the entire state." Vargas is currently focusing on two major campaign issues, these include education and youth development and jobs. If elected, Vargas says a top priority for him as a new legislator will be Medicaid expansion.
"We have to figure out what is going to have the biggest impact. We have the largest number of people in District 7 that are currently not covered that would be if we expanded Medicaid," says Vargas, adding, "we have this ongoing conversation about how we make sure that people have a strong quality of life, it's when we remove barriers they face, barriers that increase the impact of poverty, and one of them is health care."
...Vargas has been endorsed by well-known names in the community that include MCC Board of Governors District 4 Representative Roger Garcia, Douglas County Treasurer John Ewing and Nebraska Public Service Commission District 2 Representative Crystal Rhoades, among others. 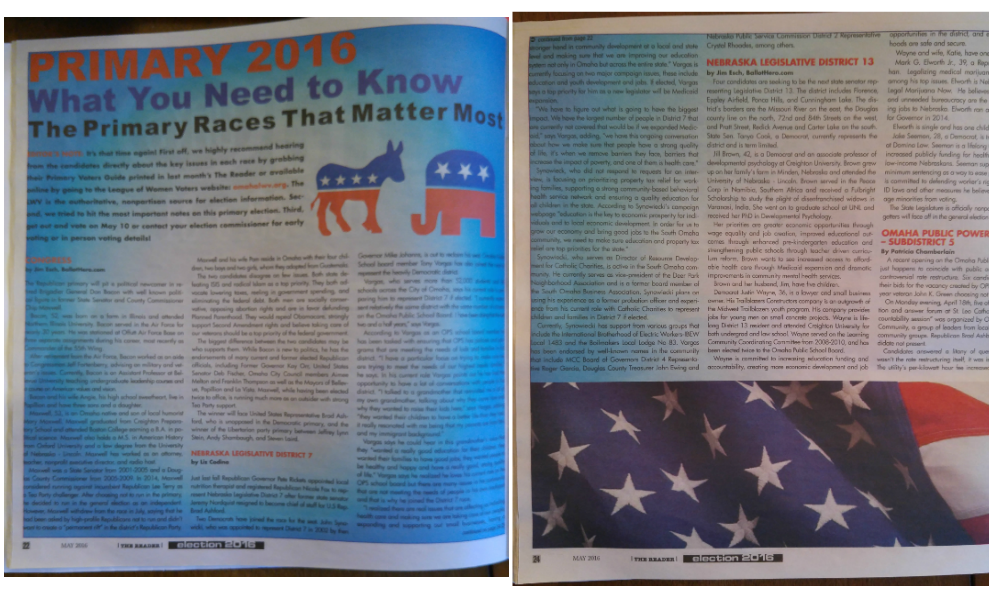